Jersey Shore; Family Vacation’s “The Situation” is throwing shade at Angelina Pivarnick, amid rumors that she was unfaithful to her partner.

During the Thursday, June 23 premiere of Jersey Shore: Family Vacation, viewers saw what seemed to be the start of the downfall of Angelina Pivarnick’s marriage. During the episode, viewers watched Angelina and Chris move into a new home together. However, ultimately, Angelina came home to an empty house after filming All Star Shore. After returning home from Spain, where she had filmed All Star Shore, Angelina celebrated the New Year by taking a trip to Mexico with her co-star, Luis “Potro” Caballero, and sending the photos to her Jersey Shore castmates. This sparked confusion among the group, and seems to be a major story line for the new season, especially for Mike “The Situation” Sorrentino.

Mike is known for changing a lot after Jersey Shore: Family Vacation premiered in 2018. However, this season, it seems like he may be stirring the pot. Despite claiming that she has receipts which prove that she didn’t cheat on her husband at the time, Mike still decided that it would be a good idea to confront Angelina about the infidelity rumors that were going around. However, it looks like that may start new drama that Jersey Shore franchise fans are eager to see.

According to In Touch, Mike stated that this season is a lot messier than he would have liked. However, he shared, “But at the same time, if anyone in the group’s decisions start to bleed into our life and make our life messy, that’s when I’m gonna call you out.” It seems like fans will get the inside scoop on all of the drama that went down between Mike and Angelina, as he is seen in the Family Vacation trailer, confronting her about having multiple side pieces.

Even though Angelina really wanted to make her marriage work, Chris ultimately filed for divorce in January 2022. However, this isn’t the first time that the couple was having troubles in their marriage. According to the aforementioned article, Angelina originally filed for divorce in January 2021, but never served Chris with the divorce papers. This led the couple to rekindle their romance in the summer of 2021. While they rekindled their relationship, Angelina was still not feeling the love from her husband, even though things weren’t going too badly.

Despite remaining adamant that she didn’t cheat while still married to Chris, Angelina’s Jersey Shore: Family Vacation stars are not so sure that she’s telling the truth. This has caused Angelina so much pain that she refuses to watch the new season of the show due to her pending divorce and everything that’s happened. However, fans can still expect a lot of drama this season, which seems like it revolves heavily around Angelina. Viewers can tune into new Jersey Shore: Family Vacation episodes when they air this summer, to see how everything unfolds.

Next: Why MTV is calling the Jersey Shore OG’s Ungrateful 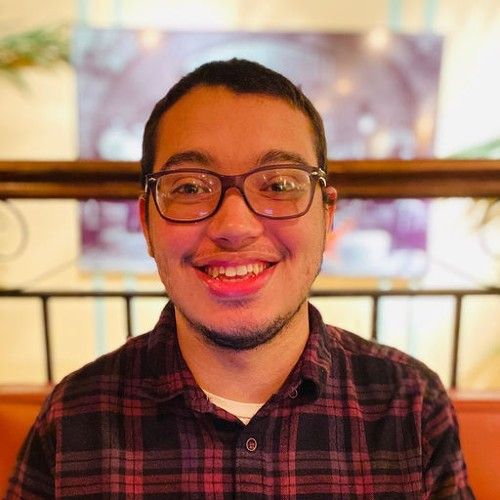 Jared Naut is a writer and reality television enthusiast with a degree in Media Studies/Journalism from Mercy College who is now based in New Jersey. He has experience writing for the schools newspaper about various topics such as events happening at the school to Reality television and Netflix Originals. He also completed an internship for Proud Families LLC where he wrote family profiles about gay fathers as well as entertainment pieces within the LGBTQ+ community, In his free time, Jared enjoys singing, hanging out with his friends and family, or watching his favorite shows such as Big Brother, Survivor, and The Challenge to name a few.