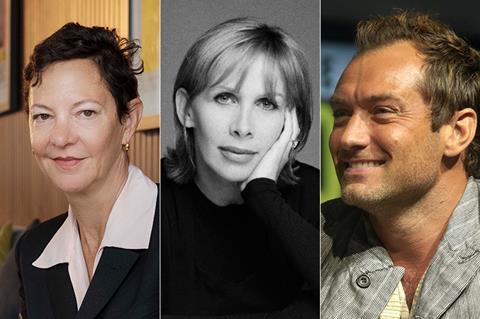 “Show us your business plan,” John Glencross, CEO and co-founder at private equity outfit Calculus Capital, advises UK independent production companies looking for Calculus investment. “We are interested in entrepreneurs in this sector who want to grow and scale a business of reasonable significance. We’re not interested in people who are [only] in love with making a film.”

The fund is intended to bring private investors into the UK film and TV industry and to help viable companies with a track record to “scale up”.

Some strong projects are being made by Calculus-backed companies. For example, Brouhaha’s Firebrand with Law and Alicia Vikander is in post-production, as is Maven’s Burial with Jamie Foxx and Tommy Lee Jones for Amazon. Brouhaha is soon to start production on Boy Swallows Universe for Netflix and on a Lee Miller biopic to which Kate Winslet is attached. Wonderhood Studios has Scouting For Girls, a documentary series in conjunction with The Guardian on sexual exploitation in the modelling industry for Sky, and Baby Surgeons, Delivering Miracles, a documentary series for Channel 4. 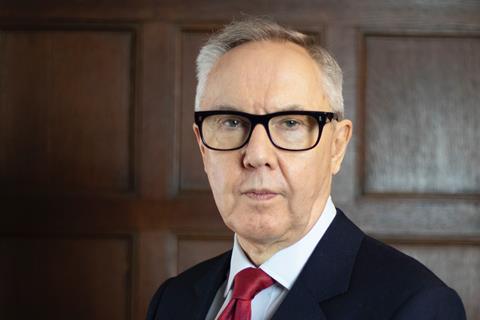 The investors in the Calculus companies receive the tax advantages that come with EIS but their real financial benefit will come if and when the actual companies are sold. The European acquisitions market across film and TV is very active. Fremantle, for example, bought a majority stake in Element Pictures just before Cannes, while ITV Studios recently took over Cattleya, and Mediawan bought another Italian outfit, Palomar Pictures. These companies, if they grow in the way that is expected, should be very desirable properties in four or five years.

“It was a new dawn for EIS when [Stargrove] launched the Creative Content EIS Fund with Calculus. After HMRC’s clarification of the rules, we were looking at investing in companies clearly set up for growth and development,” says Stephen Fuss of Stargrove Pictures, who recently became chief executive at Riff Raff Entertainment.

Fuss’s move to Riff Raff earlier this summer, just after it received a multi-million dollar investment from Calculus, raised some eyebrows. Glencross says he recommended Fuss join the company.

“Calculus has always been the decision-maker,” Glencross explains. “In this situation, when we met Jude [Law] and Ben [Jackson], we thought there is a very interesting opportunity here. Jude is obviously one of the world’s most successful actors and very high profile internationally. What differentiates him from many A-list talent is that he definitely has a developed business brain. When we sat with them, we said, ‘There’s a lot of the right ingredients here commercially but we need somebody basically to hold the business together.’”

Glencross himself is very active in the running of the companies Calculus supports. He is on the board of Riff Raff, Brouhaha, Maven Screen Media  and Wonderhood. He attends the board meetings of Raindog Films and is in the process of joining its board. Another Calculus director is on the board of Home Team Content.

There is nothing unusual in this level of involvement, says another prominent financier; it is what EIS investors would expect. “My understanding is that you have to be on the board and be a company director because if you’ve raised money from EIS, you’ve got fiducial responsibility,” this financier notes.

Producers with Calculus funding say they are happy with how it is enabling them to grow. 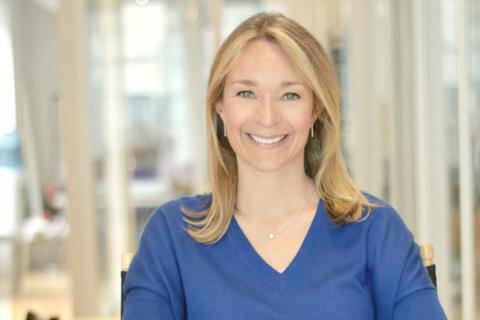 “Prior to the EIS investment, we were very understaffed and under-resourced,” says Rattray, president at Maven Screen Media. “We had no development financing and we were always operating on a shoestring. The EIS investment has allowed us to recruit and hire a strong team. For the first time as a production company, I feel we have the right people doing the right job.”

Maven has made four new hires in the UK and can focus “on bigger, more ambitious films and really build a TV business,” according to Rattray. It is looking to hire “female and diverse” candidates for new positions.

“I’ve been producing films for almost 20 years now. Prior to EIS, I always felt the thing I was accomplishing was managing to stay in business…what I was not managing to do was create and grow a profitable company,” she admits.

EIS is a UK financial mechanism called the Enterprise Investment Scheme. It targets “young, unquoted trading companies that would otherwise struggle to access the funding they need to grow and develop over the long term,” explains a spokesperson for the UK’s government tax authority, HM Revenue and Customs (HMRC).

Although EIS had been dogged with controversy following perceived earlier abuses of the scheme, the government’s ‘patient capital review’ of 2017 into the availability of long-term finance for growing UK firms made it possible for EIS to be used by film companies to build slates. HMRC underlined it was not for filmmakers looking for finance for one-off features.

However, two recent tax tribunal court cases contested successfully against HMRC by independent producers suggest EIS might again be viable for smaller UK production companies with single pictures on the proviso those companies aspire to grow.

Producers in the Inferno Films Ltd and Cry Me A River Limited cases both convinced judges they were indeed trying to build long-term businesses. To some this was a typical David-and-Goliath scenario: small-time UK filmmakers, representing themselves because they couldn’t afford legal counsel, were taking on the full might of a big government agency – and winning.

HMRC had argued the filmmakers were not trying to increase the number of their employees or to boost turnover. Instead, they were using EIS to produce an individual film. The producers countered they were indeed trying to grow their companies and their investors faced genuine risk. They may not have been investing in overheads but they didn’t need tangible assets. Their focus was on the films themselves.

“No producer has his own camera equipment. It’s not about bricks and mortar. You’ve got the IP. You develop it. You hire in your actors, you hire in your crew and you hire in the equipment. That’s just the way it works,” says producer David Cunningham of Blue Elephant Films, who is now developing supernatural thriller The Haunting and the caper Highland Fling.

“HMRC doesn’t understand it. We go from one project to another project because that is all we can really afford to raise money for.”

Independent producers such as Cunningham make familiar arguments about why there should be more flexibility around how EIS can be used. If they can’t secure support from the BFI or BBC Films and Film4, they have very few alternative ways in which to finance their films. On The Haunting for example, Cunningham has the cast, locations and most of the financing in place.

“We are just trying to raise that little bit extra to close,” he says. “Through a sales agent, we are trying to do a pre-sale. On a low-budget film with not huge names behind it, it is very difficult to do that… that is why you are seeing such a huge decline in the number of low-budget films being made. There is [private] money out there, we know that. A lot of the people we speak to say, ‘We would love to do it but there is no incentive. At least, with EIS, I knew I was only risking a certain amount out of my capital’,” Cunningham continues.

However, others are more sceptical at the idea of EIS being used again for single projects and warn producers not to read too much into the recent court verdicts.

“If people think this is a return to the type of financing of putting individual productions in an SPV [single-project vehicle] and raising EIS funding, they’re going to be disappointed. If you look at those decisions, they upheld the core principles of what HMRC is requiring these days, which is that companies are intent on growing and developing for the longer term,” Glencross says.

At present, Calculus, Great Point Media and one or two others are the only EIS financiers that producers can realistically approach. Ingenious is still active but is not believed to be raising funding currently through EIS.

Glencross emphasises the UK needs its own thriving indie production sector. “If all we’re doing is servicing big foreign studios and other customers to come here, that is not sustainable in terms of the UK maintaining a strong presence in this sector. We have to have our own vibrant, powerful production sector… otherwise, we will just be a service centre.” 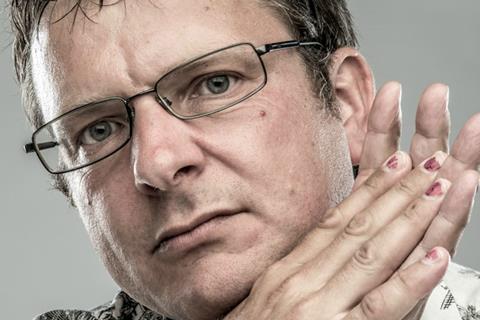 Most agree independent UK producers need to be able to access equity investment to allow the film production sector to grow. The money from the BFI, BBC Film and Film4 only stretches so far.

The response from financiers is that the producers must respond to what the market wants, develop strong ideas and get key talent attached so pre-sales might be possible. They should also look to partner with companies that may have the track record they lack.

However one potential issue could arise if the Calculus-backed companies end up being acquired by non-UK buyers. The argument the fund is strengthening UK independent production in the long term would then not seem so compelling.

Calculus’ Glencross emphasises the fund is looking to support all sorts of independent UK producers.

“If it’s a talented entrepreneurial team and they’ve got a good business plan and they’ve worked out how they are going to get a good foothold in their industry, we are here.”