Wolverine has been in some of the biggest storylines in Marvel Comics history, starting with his first appearance in The Incredible Hulk #181 and then moving on to his introduction as one of the All-New X-Men in Giant-Size X-Men #1. Since that time, Wolverine has been a key member of the X-Men while also serving on teams like The Avengers and Fantastic Four.

However, when it comes to the best Wolverine storylines, they mostly came when he was out on his own, with a few notable exceptions. When it comes to these stories, from both his solo comics and books with other heroes involved, fans on Ranker have picked out some great stories that they elected the best of all time.

Note: Ranker lists are live and continue to accrue votes, so some rankings may have changed after this publishing.

One of the lesser-known Wolverine stories that Ranker voters love arrived in 2011. This was Wolverine: Debt of Death by David Lapham and David Aja. The book was a story more about Logan than about Wolverine, and while he uses the claws here and there, it is mostly about him protecting an old friend’s son.

The artwork by Aja in this is incredible, and his style worked great with the more grounded feel of the story, as it was more of a crime drama than a superhero tale. Those are usually the best Wolverine tales, and this is one of the most underrated and quality plots for the Marvel hero.

9 And Now… The Wolverine

The first appearance of Wolverine came in The Incredible Hulk #181. The story actually started in the prior issue when Hulk was in Canada and battled the evil Wendigo. That story ended with another mysterious character showing up. This was Canadian hero Wolverine, who came in for the Canadian government to stop Hulk in the name of his country.

The battle ended up interrupted when both heroes ended up knocked out thanks to the mystical spell used to create Wendigo. They woke up and started battling again and Hulk ended up winning. This was a story that likely ranks high on Ranker fans’ lists because it was his first appearance.

Wolverine: Bloodlust was a 1990 storyline by Alan Davis that saw Logan in Canada where he begins to have visions where he commits rural murders. He just isn’t sure if these are repressed memories from his past or something more sinister.

He then ends up encountering ancient mystical creatures that need his help when drunken vigilantes attempt to hunt them down. What makes this story special is that Logan is animalistic himself and encountering these beasts that might be older than the world itself ties into his own history as a hunter.

7 The Death Of Wolverine

One thing that most Marvel fans have gotten used to is that Wolverine can’t die, and no matter what happens to him, he will always be back. In Death of Wolverine, fans knew he would eventually return, but the point of this story was making it mean something, and that makes it a very popular Wolverine storyline for fans.

This story saw him lose his healing factor and realize he would grow old and die. However, his enemies wanted him gone and he died thanks to his own adamantium by encasing himself in the liquid metal. It was the most significant death that Wolverine ever experienced in comics.

The Fatal Attractions storyline hurt Wolverine more than any other injury in his entire life. Magneto had moved to space and wanted to remain out of the land of humans, and he had found mutants who wanted to follow him. However, Earth’s governments saw this as a threat and wanted something done about it.

The X-Men went to confront Magneto and he did the unthinkable. He used his power to rip out Wolverine’s adamantium skeleton. This story remains iconic for everything that followed, from Professor X shutting down Magneto’s mind to Wolverine having to go feral and then having to live without adamantium for almost a decade.

The story saw Kitty head to Japan to save her dad from the ninja Ogun. However. it was a trap and this was a ruse to lure Wolverine into the fight, where he first had to battle a brainwashed Kitty before teaming with her. The connection between Wolverine and Kitty is always fun, and this was a highlight for Marvel.

Wolverine is very old and he fought in more than one war across the globe. This brought him in connection with Captain America, someone who was also part of one of the largest wars in history. The two even crossed paths in a story told in Uncanny X-Men #268 called “Madripoor Knights.”

This part of the story took place in 1941 and showed how Logan met Captain America in Madripoor and learned the Hand and Nazis were planning to work together, and they end up saving a kidnapped girl named Natasha Romanoff. The story remains a fun romp, featuring three of Marvel’s big guns years before they each appeared in mainstream Marvel content.

3 Days Of Future Past

The X-Men classic story “Days of Future Past” was where the mutant book began to dip its toes into alternate Earths and time travel. This took place shortly after The Dark Phoenix Saga and it convinced the X-Men creative team that apocalyptic futures for Marvel’s mutants were where the money was.

This story saw Wolverine as one of the survivors in a world where Sentinels hunted down and killed most mutants and superheroes and mostly enslaved humans as well. Unlike the X-Men movie based on the comic, it was Kitty who went back in time to stop this future from happening, but Wolverine was there to fight until he met his end at the blast of a Sentinel.

Frank Miller and Chris Claremont’s Wolverine miniseries is widely considered one of the greatest in Marvel history and only a handful of votes separates it from the most popular Wolverine story on Ranker. After working with the X-Men for years as their most unpredictable and rebellious member, this gave him a chance to show what he could do on his own.

This plotline ended up proving that he was the most popular superhero in Marvel. He went to Japan, he fell in love, he fought ninjas, and he proved to everyone that he was the best in the world at what he does. This also ended up as the basis for much of the X-Men movie The Wolverine.

When Wolverine first appeared, he worked for the Canadian government. He then showed up in the X-Men and that series explained what he was doing in Canada before leaving. However, his origin was a lot more complicated and that was shown in the Barry Windsor-Smith series Wolverine: Weapon X.

Ranker voters placed this as the most popular Wolverine series ever created, and it deserves that status. This was the closest to an origin story that Wolverine received at the time, showing all the torture he experienced in the Weapon X program. This is the best story for anyone wanting to see where it all began for Wolverine.

NEXT: 10 Ways Logan Is The Best X-Men Movie Ever Made


Next
One Piece: 10 Books To Read If You Love The Anime 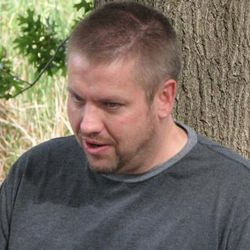 Shawn S. Lealos is a senior writer on ScreenRant who fell in love with movies in 1989 after going to the theater to see Tim Burton’s Batman as his first big screen experience.

Shawn received his Bachelor’s degree in Journalism from the University of Oklahoma with a minor in Film Studies. He has worked as a journalist for over 25 years, first in the world of print journalism before moving to online media as the world changed. Shawn is a former member of the Society of Professional Journalists and current member of the Oklahoma Film Critics Circle. He has work published in newspapers such as Daily Oklahoman and Oklahoma Gazette and magazines such as Vox Magazine, Loud Magazine, and Inside Sports Magazine. His work on the Internet has been featured on websites like The Huffington Post, Yahoo Movies, Chud, Renegade Cinema, 411mania, and Sporting News.

Shawn is also a published author, with a non-fiction book about the Stephen King Dollar Baby Filmmakers and has begun work on a new fiction series as well. Visit Shawn Lealos’ website to learn more about his novel writing and follow him on Twitter at sslealos.