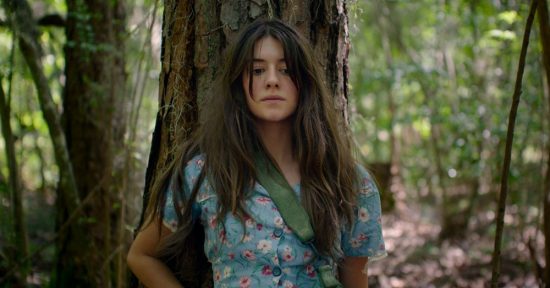 Based on the book of the same name, Where the Crawdads Sing is set in the marshland of 60s North Carolina, the camera spends most of the film taking in the beautiful locations and vivid colours, treating the marsh rightfully as a character of its own. Second to this is Kya (Daisy Edgar-Jones) whose good looks run contrary to the story. Kya is bullied by the local town for living in the ‘filthy’ marshes but looks just as good as everyone else on screen. The film moves through genres as it explores the many sides to Kya, her love, losses, failures and successes while being an outcast in society.

The movement through genres will confuse audiences, presenting itself as a thriller we are immediately introduced to Kya as the main murder suspect of her ex-boyfriend, but as the case progresses and we learn more about her it slowly unravels into a love story. There are many parts of the film that work individually, but combined they clash and contrast uncomfortably. At one point we’re looking at a thriller the next a family drama.

As Kya begins her trial, director Olivia Newman paints a picture of Kya’s life and how she came to live alone in the swamp. Kya is effectively abandoned by everyone in her family. Her mother and siblings flee their abusive father before he too leaves. Jojo Regina is well cast as a young Kya fending for herself in the marshes, eventually growing up into an adult attracting the attention of 2 men. From there the film changes course into a love story, first falling for Tate before meeting Chase – the doomed ex. The film dances between being a coming-of-age story and being a doomed romance. Entertaining and intriguing, the film is beautiful to look at, whereas the story is muddled before ending in a courtroom drama. The film drops hints and clues throughout as to who could have murdered Chase, or if it was indeed an accident.

Kya’s lawyer (and by extension the film) invites audiences to look beyond their prejudices and look at the facts, but Where the Crawdads Sing comes with an ending that will prove divisive to everyone except to the book lovers, although from what I’ve seen a diversion from the book may have worked in its favour. There’s lots to enjoy about what we see on screen; the exploration of emotional strength, prejudice, love and the laws of the wild are all wonderfully depicted but you’re left feeling they were all vying for attention amongst the film’s final moments. 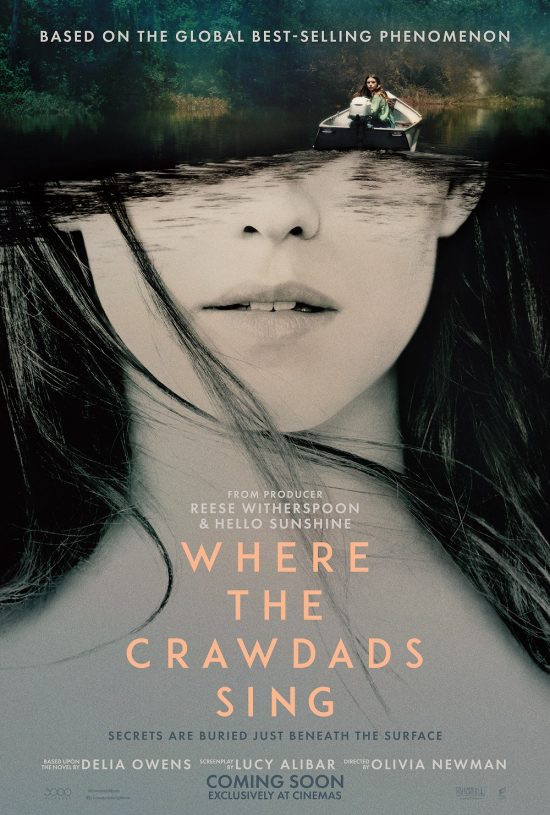