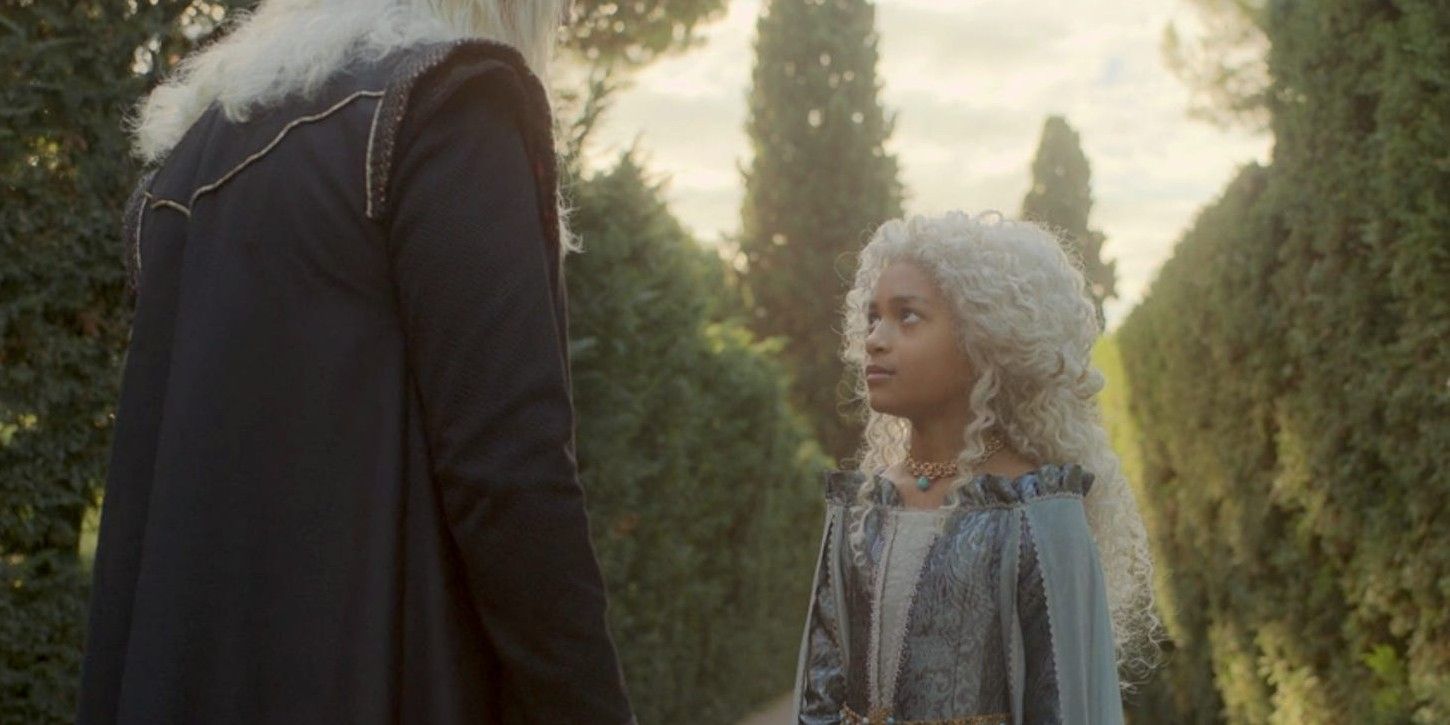 Warning: This post contains spoilers for House of the Dragon season 1, episode 2.Following the events of House of the Dragon season 1, episode 2, fans have some visceral reactions to Viserys’ almost-wife Laena. HBO’s Game of Thrones prequel series is now well in the midst of its first season, with season 2 already confirmed to be in the works. Though House of the Dragon has only released two episodes so far, there have already been numerous connections to its predecessor, from its reveal that House Targaryen was always aware of the White Walker threat to its theme song, which so far remains the exact same as Game of Thrones‘.

House of the Dragon season 1, episode 2 finds another way of keeping those connections alive, but perhaps not in the way viewers hoped. The series’ first episode depicted the grisly death of Queen Aemma (Sian Brooke), King Viserys’ (Paddy Considine) first wife. Skipping ahead six months, House of the Dragon‘s second episode finds various Small Council members pressuring Viserys to find a new wife. Lord Corlys Velaryon (Steve Toussaint) in particular is eager to put his daughter Laena (Nova Foueillis-Mosé) forward in the hopes of uniting his house with the royal Targaryens. However, Laena is but twelve years old, which makes Viserys – and viewers – rather uncomfortable.

Game of Thrones fans were known for being quite active on social media, and that trend is so far holding with House of the Dragon. During Sunday’s episode, the term “Laena” was trending as viewers shared their dismay over Viserys’ potential spouse. Check out some of the colorful reactions down below.

By the end of the House of the Dragon episode, Viserys does indeed choose a new wife, and while she is still quite young, she isn’t twelve. Viserys chooses to wed Alicent Hightower (Emily Carey), much to the displeasure of both his daughter Rhaenyra (Milly Alcock) and Corlys. While Viserys’ decision will almost certainly have devastating ramifications on Westeros going forward, it’s safe to say he made an only slightly better decision in the eyes of viewers. The Game of Thrones franchise has featured some disturbing relationships over the years, but a fully-grown man wedding a pre-teen girl would push the series way too far.

This unsettling Laena subplot was included to further fracture the relationship between Viserys and Corlys, but it also ties back to House of the Dragon‘s biggest themes. The series’ creative team has repeatedly explained the fantasy show intends to explore misogyny and the patriarchy on a grand scale, and Corlys pushing Laena forward only highlights how eager some men are to further their own interests at the expense of the women around them. Poor Laena might’ve outwardly seemed unbothered by what her father was asking of her, but it’s not hard to imagine she was likely terrified. Thankfully, viewers won’t have to be faced with this relationship going forward, though Viserys’ marriage to Alicent doesn’t promise to be much better.

House of the Dragon releases new episodes Sundays on HBO.