An update on the PlayStation Store has illuminated new details surrounding God of War Ragnarök’s story, and the journey Kratos & Atreus will face.

God of War Ragnarök‘s first story synopsis details Kratos and Atreus’ upcoming journey. Sony Santa Monica Studio has kept updates on God of War Ragnarök pretty close to the chest since it was first properly revealed in a PlayStation Showcase back in September 2020. At that time, the only substantial information on the game that was given was that Ragnarök would follow the events of 2018’s God of War, that Thor would be playing a larger role than in 2018’s game, and that the sequel would not be directed by Cory Barlog.

At the beginning of July, PlayStation began giving updates on God of War Ragnarök, including a new cinematic trailer, collectors editions, and what perks come with pre-ordering the game. The “Father and Son” trailer announced that the long-awaited sequel would be arriving on November 9 and also revealed Ragnarök‘s box art. Two of God of War Ragnarök‘s pre-order editions (the Collector’s Edition and the Jöntar Edition) come with a 16″ replica of Mjölnir, Thor’s hammer.

Related: God of War Becomes The Last of Us 2 In Abby vs Ellie

The Gamer has reported that a minor update on God of War Ragnarök‘s plot has appeared on the game’s PlayStation Store page. The update says that Fimbulwinter, the winter preceding Ragnarök in Norse mythology, has already begun and that Kratos and Atreus must prepare for the upcoming apocalyptic battle. Players will be able to visit all nine realms in search of answers on how to prevent Ragnarök while fighting gods and monsters along the way. The full synopsis can be read below:

“From Santa Monica Studio comes the sequel to the critically acclaimed God of War (2018). Fimbulwinter is well underway. Kratos and Atreus must journey to each of the Nine Realms in search of answers as Asgardian forces prepare for a prophesied battle that will end the world. Along the way they will explore stunning, mythical landscapes, and face fearsome enemies in the form of Norse gods and monsters. The threat of Ragnarök grows ever closer. Kratos and Atreus must choose between their own safety and the safety of the realms.”

The synopsis says a lot while revealing little about the actual events taking place in the game. This intentional decision falls in line with Santa Monica Studio’s previous rollout of reveals surrounding God of War Ragnarök‘s story, giving away small detail drops while leaving the updates for the release of the game. Further updates may arrive with greater frequency, however, the closer the game’s release date approaches.

While some players may have found the lack of information frustrating, Santa Monica Studio’s approach to giving updates on God of War Ragnarök is a welcome one. So many games give away too many announcements and trailers, leaving no surprises left for players to discover upon release. In the lead-up to Kingdom Hearts 3, for example, all the worlds (including late-game worlds like Scala ad Caelum), major story beats, and even important boss fights were all shown off. Games marketed like God of War Ragnarök eliminate spoilers from being advertised and leave more for players to discover on their own. Perhaps a little more information on God of War Ragnarök would keep fans happier, but less is more in the time leading up to a game’s release. 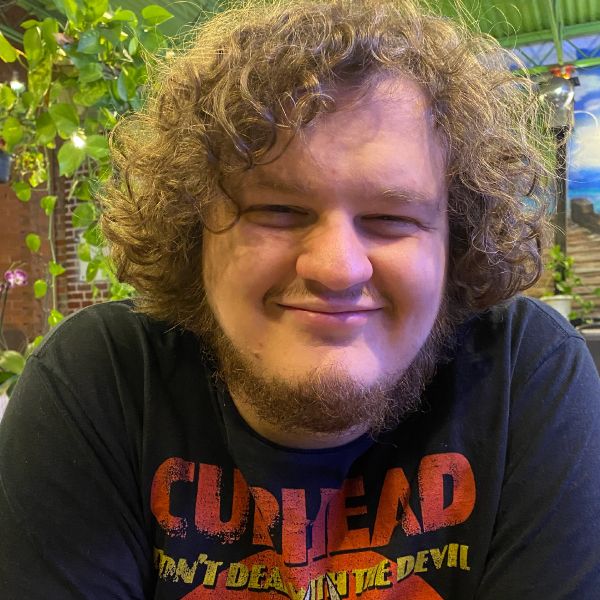 Josiah Byler has been a freelance video game news writer for Screen Rant since February 2021. He graduated with a degree in journalism from the University of Georgia in 2020 with an emphasis in video games and entertainment reporting. During college, he also worked as a production manager and reporter for a local news TV station. Josiah has closely followed the video game industry for more than a decade and has been playing them since he first shoved Sonic 2 into his Sega Genesis.

Josiah currently resides in the Savannah, Georgia area with his wife, two dogs, Wren and Loki, and a kid on the way. In his downtime, he can be found reading, devouring any scrap of new Kingdom Hearts updates he can get his hands on, and celebrating the 20th anniversary of Kingdom Hearts by replaying the entire series. He is just a little bit into Kingdom Hearts.