“I am glad that the second edition of the Svaneti International Film Festival turned out interestingly and we are moving towards the goal in the right way. We had more viewers and there was a greater response from the press as well. Programmers of the Cannes, Venice, Tallinn, Gothenburg and Berlinale film festivals were invited to the festival, they were in the jury and also held master classes. I am thrilled that this festival is gradually becoming interesting for everyone”, Mariam Khatchvani told FNE.

In Flow of Words (the Netherlands)
Directed by Eliane Esther Bots 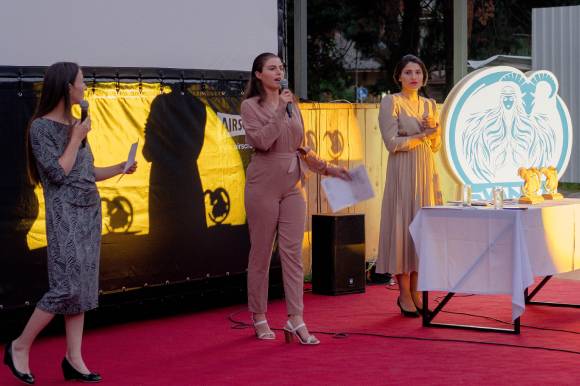